THE FOLLOWING BLOG POST IS PART 14 OF THE DUNGEONS AND DRAGONS 5TH EDITION CAMPAIGN, DREADSTORMS LOST. THESE BLOGS ARE INTENDED FOR OTHER GAME MASTERS WHO MIGHT WANT TO USE THIS CAMPAIGN SETTING AND THE SCENARIOS TO INSPIRE THEIR OWN ROLE PLAYING GAMES. (FREE FOR NONCOMMERCIAL REUSE.)

The tricky part about Dreadstorms Lost campaign is the timeline. Once the ritual spell is started, it will increase in intensity each day. At each dawn the life draining wave kills more creatures to reanimates them at dusk. The Will of Orcus Undead instinctively attack in hordes.

Day 2 of Casting the Will of Orcus 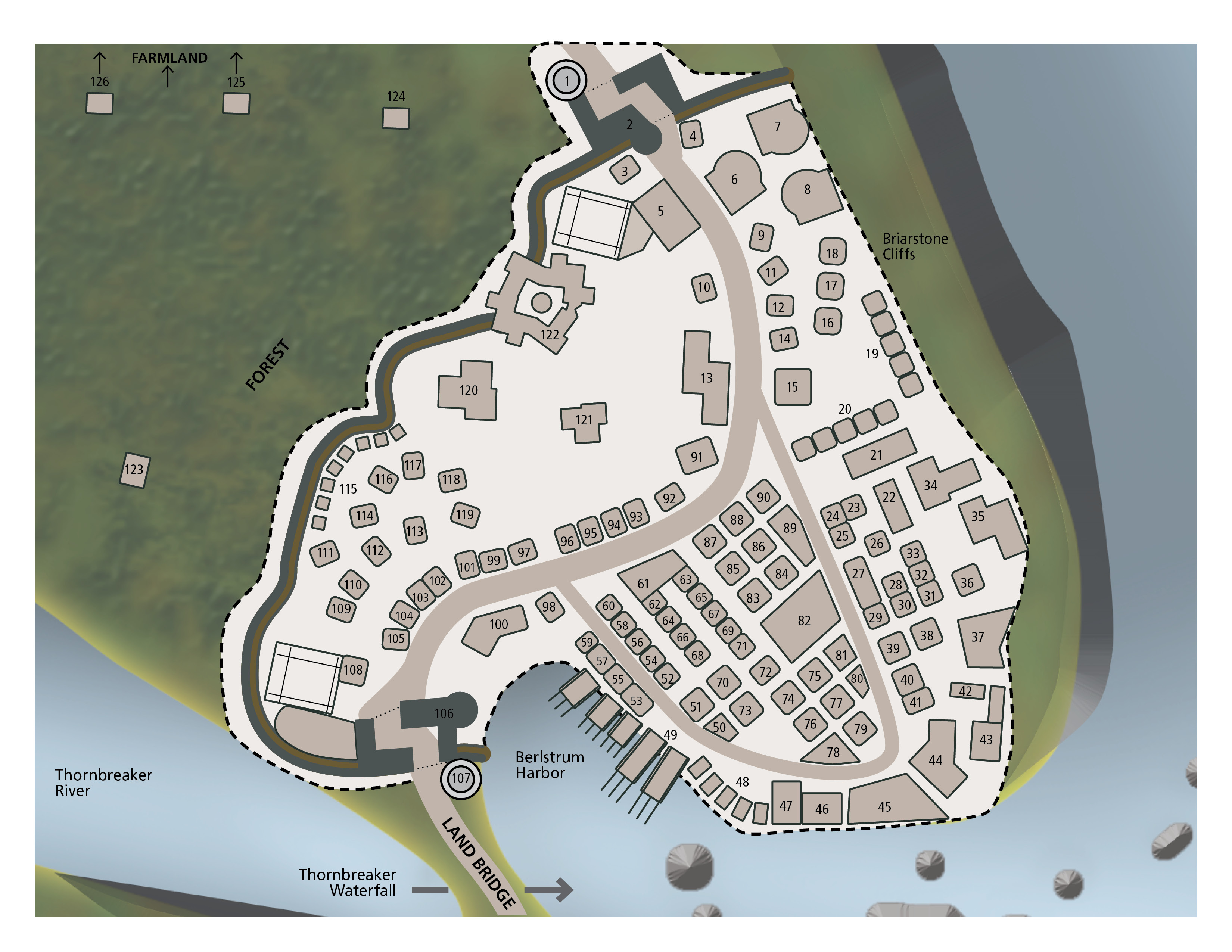 Town of Berlstrum with index [PDF]

(Assuming that our adventurers were successful at escorting the council members back) The mayor thank the group for the dangers they faced in getting Tomo, Amagoste, and Hammond back to town.

Other topics of discussion during the meeting;

What information will the party share with the council?

The Mayor and the Council discuss the problems with the bandits and the small animal corpses. After some debate, the council agrees to send word to the capital that they need assistance from the royal military.

My groups decided that they wanted to gather all things that died at dawn and destroy the bodies before they could become zombies. If your  group decides the same:

There are approximately 5,000 small undead animals around Berlstrum (1 swarm = 500 undead critters). For each successful skill check, 1 swarm of small animal corpses is destroyed. For each failed check, that will be a swarm that becomes active at dusk.

Depending on the number of people in your party, it can simplify things to have double the amount of swarms as players, so each player gets 2 shots at destroying a swarm: 5 players x 2 swarms each = 10 swarms total. Increase the number of swarms per player depending on the level of challenge you want to give the players.

At Dusk the Tiny Dead Gather

Anywhere near the radius of the 2nd plague wave that occurred at dawn, will see the small undead animals gathering and attacking the nearest source of “meat” in immediate area.

Undead Fortitude. If damage reduces the zombie swarm to 0 hit points, it must make a CON saving throw with a DC of 5 + damage taken, unless the damage is radiant or from a critical hit. On a success, the zombie drops to 1 hit point instead.

Up Next: Into the Belly of Berlsturm to stop this plague!