THE FOLLOWING BLOG POST IS PART 20 OF MY CAMPAIGN, DREADSTORMS LOST, FOR THE DUNGEONS AND DRAGONS 5TH EDITION GAME. THESE BLOGS ARE INTENDED FOR OTHER GAME MASTERS WHO MIGHT WANT TO USE THIS CAMPAIGN SETTING AND THE SCENARIOS TO INSPIRE THEIR OWN ROLE PLAYING GAMES. (FREE FOR NONCOMMERCIAL REUSE.)

The tricky part about Dreadstorms Lost campaign is the timeline. Once the ritual spell is started, it will increase in intensity each day. At each dawn the life draining wave kills more creatures toand reanimates them at dusk. The Will of Orcus Undead instinctively attack in hordes.

Kazel is set up and has begun casting the ritual spell, Will of Orcus, several hours before sunrise.

At dawn, those awake feel an odd moment of fatigue (*Life Drain). It quickly passes. Everyone needs to save vs the Life Drain, awake or asleep.

-1 to Max HP on a failed save. If HP reduced to 0 by fatigue wave, target dies and rises as zombie 12 hrs later. Otherwise, a LONG REST restores max HP.

The first wave is fairly week and mostly effects insects: flies, caterpillars, small spiders, grasshoppers, moths, bees, and the like.
On a Perception of 16, an especially observant character will notice that there are no bugs buzzing/crawling/creeping about inside the town. There are dead bugs everywhere once a person starts looking. No live bugs within the wave radius area.

The wave has a radius effect centered around Kazel. His hidden lair underneath Berlstrum is roughly located under building #96 on the town map. This initial radius encompasses the Champions’ manor and a large portion of the town center. (See map below.)

Based on Swarm of Insects (5E Monster Manual pg 338) with a plague zombie template.

Day 2 of Casting the Will of Orcus – Small animals

Day 3 – Casting the Will of Orcus – medium size animals

At dawn, 24 seconds of fatigue (4 rounds); small children, medium size animals like dogs, deer, wolves, and giant rats (ROUs) are effected by the wave (some make their saves; most don’t).

On a Perception 12, spot a dead cat. Once they start looking and asking around, dogs, wolves, giant rats, and small children were affected when the wave hit. (A small percent made their saves.)

The radius effect continues to grow, centered around Kazel’s location. The area of dead extends outside of the city wall a ways, extending further out than the day before.

At dawn, those awake feel a moment of fatigue (*Life Drain) that lasts for 24 seconds (4 rounds). Everyone saves vs the Life Drain, awake or asleep.

-2 to Max HP each round (4 rounds) on a failed save. If HP reduced to 0 by fatigue wave, target dies and rises as zombie 12 hrs later. Otherwise, a LONG REST restores max HP.

For those who don’t get the reference, listen to the song here on Youtube

Scared, irrational packs of Berlstrum citizens roam through the town. Houses and business have been set on fire. Some on purpose by those hoping to stop the plague. If they see someone they recognize as a Protector, they will likely become demanding and/or violent.

Activities at Specific Locations During the Rioting

The mayor and several of the council are barricaded inside the town hall building (#82). Outside hundreds of people are yelling and throwing rocks at the building, angry that the town leaders closed the gates, trapping them all inside and demanding that gates be opened to escape this cursed town.

Inside Town Hall is:

Wabae (Human, Cleric Acolyte, runs Medical Aid) is at Sure Luke’s Pub with her nephew Serifo. Her sister Mamet is dead after her boarding house was set on fire by the angry mob. She went back in to save a tenant. Wabae was unable to heal her burns.  Wabae is doing what she can for the wounded holing up in Sure Luke’s.

Agosta Amagoste (Dragonborn)* and Xendric (dwarf) are helping to guard the library from looters.

R’dsché is at his church (#37), trying to keep the people seeking sanctuary calm and safe.

Grant Tan (1/2 Orc ) had his Survival Gear store overrun by frantic citizens. A fight broke out. While trying to break it up, he was stabbed to death.

*It is assumed that Amagoste, Hammond, and Tomo were successfully escorted back to the city by the party (#12 – Going to the Farm)

The gates won’t open. Someone sabotaged the mechanisms! (In one game, a player ran a warlock with a fiend pact. The fiend was, of course, tied to Orcus. The warlock was given a solo mission to secretly sabotaging the city gates.)

Individuals are being crushed against the gate by the mob trying to get out. Some are trying to break down the gates, but so far have had no luck.

A large percentage of the population have gone to the churches (#6, #7, #8, #37) for protection and divine aid. All of the churches are packed to the max and have been forced to bar their doors from anymore coming in.

Council member R’dsché (Elf, Cleric) is at church #37 trying to keep the people there calm.

Others in the town have tried to leave by the sea. The warf has only one ship remaining, which is completely engulfed in flames. Many ships have crashed upon the rocks in the harbor without a proper harbor guide. The harbor is full of wreckage and floating bodies. All the blood and fresh meat has attracted large water predators. Not to mention getting the Sea Hag’s sharks all excited.

Some citizens are trying to climb over the wall with their possessions on their backs. Not everyone makes the climb successfully.

Somone started a rumor that the plague was coming from a rich visitor staying at the Dragon’s Rest Inn (#45). A mob stormed over there with torches, set the place on fire, and killed any who tried to escape the building. Some of the inn’s guest tried leaving by climbing down the cliff side, only to plummet to their deaths.

The mob has been roaming the city, setting fire to buildings they suspect might have plague barers.

Many of the casters and scholarly types have set up a perimeter around the Library of Esoteria (#44), defending the building and its precious contents from crazed mobs and looters.

The council members Agosta Amagoste and Xendric are helping to guard the library from looters.

A large group of people (~300) are gathered throughout the lower level of the champions’ manor (#122), waiting anxiously for the champions to return – in the dining hall, the gallery, the meeting hall, hallways, kitchen.

There’s an argument going on between 2 groups at the base of the stairs in the back. One arguing to search the upstairs area for something to protect themselves with and the other arguing that it would be disrespectful to invade the Champions’ private quarters.

Some people have heard that their is a secret door in the Champions’ manor and break into the building searching for the way out. Will the group help them leave Berlstrum via the secret door(s)? At some point, the scared citizens will find the back door leading into the forest. The hinges have been twisted, making it impossible to completely close.

Some of those fleeing carry wrapped bundles which you suspect are dead children or pets. 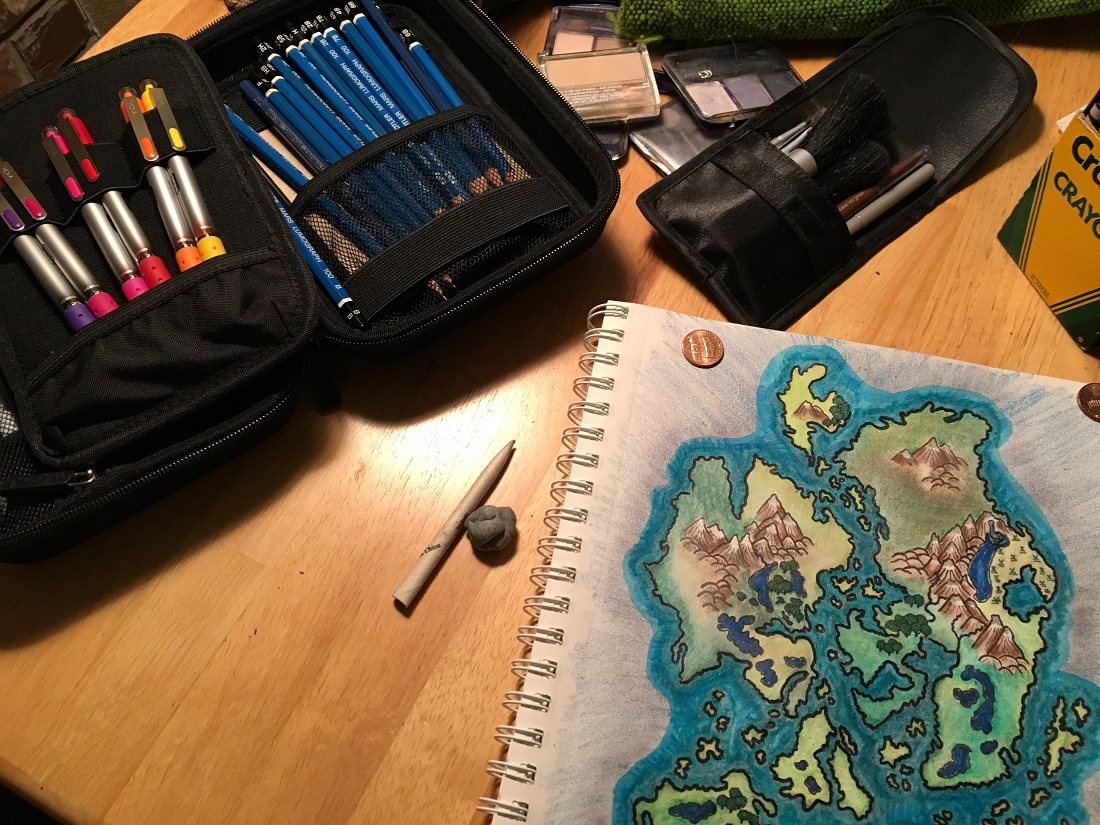 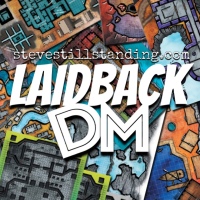