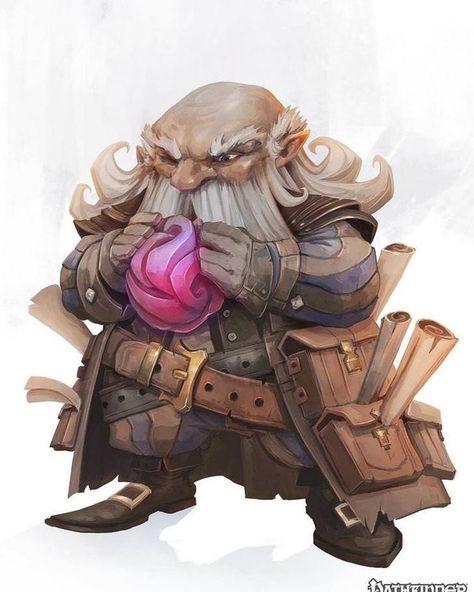 The following notes are from an exchange of text messages between myself (GM) and David Pettit (Fizzle) as a pre-game setup.

GM: You hadn’t been in M’Ka long (couple months), when your idol/mentor Master Foswith asked you to travel to Goremont to fetch a recently discovered map of the Ruins of Amara and the hidden tunnels below.

A vision suggested that there was trouble brewing to the south and that something about the Ruins of Amara might hold the key to turning the tide of great darkness.

Do you take the trip?

GM: Eager to put your new found holy powers to practice in the real world, you head out on your solo journey.  “Real world” meaning outside the temple.

GM: In the temple it’s been holy scriptures, cleaning, sleeping, eating. Perhaps not as exciting as you had envisioned?

Fizzle:… But the library was great.

GM: You didn’t have near the amount of free time you’d hoped for to read all those books. Practicing those cantrips over and over was exhausting. And then to have to clean the latrines …

It’s a good thing you’re such a positive, optimistic gnome.

Would your gnome ride a pony? Or walk? Or cart?

Anyway, your trip to Goremont was long, but uneventful. Goremont is probably the largest and noisiest city you’ve ever been in.

Do you do anything in Goremont aside from your assigned task?

This is also the first time you’ve seen people like full orcs, tieflings, goliaths, hobgoblins, and other such politely walking the streets and carrying on business with humans, dwarfs, gnomes, and halflings.

Fizzle:… Well am I rich enough for a pony?

GM: Would be on loan from the temple.

GM: They’d also provide you with a small stipend for meals.

… Good I get hungry.

GM: Sadly Goremont does not have a library nor a university. The closest you’d get would be the shelf of books/scrolls in the small Temple of Pelor.

GM: You play tourist for a few days, taking in all the new exciting sights of this border harbor town. Sadly, at some point in your wanderings about the city you lose all your gold.

Fizzle: … I’ll have to see if I can get an advance from the local temple.

GM: The reading material in the small temple is mostly observations/notes on the different races of Glorte and Heshtia. (Neighboring countries) A couple of stories involving the mating habits of dragons that read more like bard tales.

Also some tombs on medicine, herbs, and non-divine healing methods

The small temple is sadly lacking in coin.

They’re happy to offer you lodging and share their food with you while you visit.

GM: You can certainly try. Did you character start with one?

Fizzle: … I bought one and I could craft one. It’s my hobbie.

GM: It takes you awhile to find someone interested in buying this strange game of yours, but the figures are pretty and will look nice on their mother’s mantle. They offer you 5 silver for the set.

Normally I’d have you roll a crafting skill and a diplomacy for negotiation, but this is all pregame.

Fizzle: … Ok was that a good price?

I better get the map and skedaddle before anything else get stolen.

GM: That’s half a gold. Your new to big city living. Do you think it’s a good price?

GM: Congrats. You’ve sold a chess set and have funds.

GM: Map and info dump in hand (to be provided later), you and your pony  travel back to M’Ka. It’s as uneventful as the trip up.

The history of Amara

The Ruins of Amara on the NE Coast of Briarstone

The citizens of Amara had been harassed by a decidedly evil dragon that was destroying their crops and livestock and demanding they pay tribute. Even giving into the extorsion, the dragon continued to pillage the town and the surrounding area. The townsfolk went to a nice, friendly elder dragon and asked if it would be so kind as to remove the dragon from their lives. The nice dragon was welcome to all the treasure that the evil dragon had extorted from them.

There was an epic battle between the two dragons. Magic flew. Breathes of fire and acid spewed. Buildings were hurled at the enemy. By the time the battle was done, the village was in ruins and the entire population was dead. The spirits of these dead villagers haunt the ruins to this day, demanding to know why their savior failed them.

Travelled through Obsidian (Lower level human upper gnome) on the way back to M’ka.

What have I done?

I started running a new 5th Edition D&D adventure for some friends I met through work. It’s in the same world setting that I created for the Dreadstorms Lost campaign, which I’m continuing with the several-years going now Sunday group. (Note, the image at the top of this post is from the Wizard’s of the Coast D&D 5.0 Starter Set. I sam not using the starter set for this new game, but I did buy it as a going away present to get one of them hooked.)

So this new group … To protect their privacy, I’ll refer to these new players by the supper duper secret code names: the Big M, DP, and Jones.

The Big M and DP have been listening to Critical Role to get an idea of what 5th Edition Dungeons & Dragons is all about. Talk about setting the bar high. Mathew Mercer is an incredible story teller and a master of improv. His players are also voice actors, so I guess that sets the bar high for my new players too. Back 3ish years ago, watching Critical Role got me excited to game master again. Which has led to other great things in my life like having a fun excuse to get together with old friends more often, a better job, and finding new friends to addict to this hobby.

But back to the new guys … The Big M hadn’t played D&D since it was AD&D. (I mean, wow! the man still has the original books! and Dragon Magazines!) DP and Jones haven’t really played much, if any role playing table top games before. But let me tell ya, all three took to dungeons & dragons like friggin’ fish to water. Their enthusiasm is awesome, inspiring, and terrifying. They are a delightful group. Just don’t tell them that. I’d never hear the end of it.

DP’s character, Fizzle, is keeping an online diary of the adventure, which I really quite enjoyed reading. I’m hoping he’ll let me share these with you here. It is fascinating for me to see how the story unfolds from someone else’s perspective. It’s like hearing a voice recording of yourself that doesn’t sound anything like you image you sound like. And then realizing that there are more voices than just your own in that recording that all sound different and more alive through someone else’s eyes.

God gave Noah the rainbow sign, No more water, the fire next time